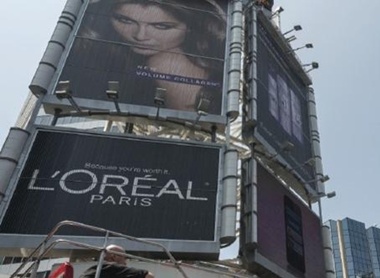 Until a year ago, L’Oréal did not have a default fund option, with auto-enrolment, the company took advice on developing a suitable scheme

Beauty product giant L’Oréal found that including two diversified growth funds in its default investment strategy made it more suitable for its employees, many of whom were brought into pensions for the first time as a result of auto-enrolment.

The firm’s trust-based defined contribution scheme, which went live with auto-enrolment in November, did not even have a default fund option until about a year ago.

Scheme trustees worked with L’Oréal’s adviser Buck Consultants to develop the most suitable arrangement for the firm’s staff. The first step was to work out how long employees’ pension pots would be invested for, by collecting data on their salary and ages.

Most employees are between the ages of 24 and 44 (with an average age of 33) and earning a basic salary of less than £50,000. This meant the default fund’s asset allocation was based on an investment time horizon of at least 20 years, and was designed to take into account the fact that many members would be new to pension saving.

Rupert Redman, a consultant at Buck, says: “We realised that we wanted to look at diversifi ed growth simply because it’s the type of arrangement that can give equity-like returns but mitigate the volatility.

“This is particularly suitable, because the vast majority of the L’Oréal population hadn’t been in the plan and may not have even made any pension savings.”

The decision was taken to structure the default option on two blended funds. The ‘growth’ blend is made up of traditional growth assets, such as UK and global equities. Within the ‘diversified’ blend there are two DGFs – the Friends Life Newton Real Return fund and standard Life’s Global Absolute Return Strategies (Gars) fund.

It was thought that the two complemented each other because of their different levels of volatility and contrasting asset classes. For example, the Friends Life fund uses more traditional asset classes, while Standard Life’s Gars is more derivatives based.

The investment structure we put in place is suitable for everyone

During the growth phase, which is up until ten years before retirement, 25% of the member’s fund is allocated to the diversified blend with 75% in the growth blend. As the fund begins to de-risk into safer assets, the proportion invested in DGFs decreases, so that only 15% of the fund is exposed to it when the member reaches retirement.

Ben Marks, HR compensation and benefits director at L’Oréal, says: “The investment structure we put in place is suitable for everyone, whether they’ve been auto-enrolled or not.”

L’Oréal’s efforts to improve member outcomes do not just stop at its investment strategy. it has also introduced automatic increases so that by 2018 head office employees will be contributing at least 4% in return for an 8% employer contribution.

This compares favourably to the 5% employee contribution and 3% employer contribution required under the auto-enrolment legislation. Marks says that part of being a responsible employer is to ensure that people are saving “correctly” for retirement ,rather than “just fulfilling what the government says they should do”.

This article is part of a special report on DGFs, sponsored by AXA Investment Managers 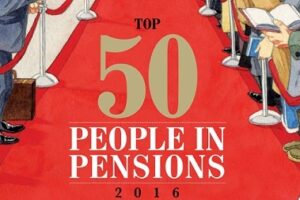