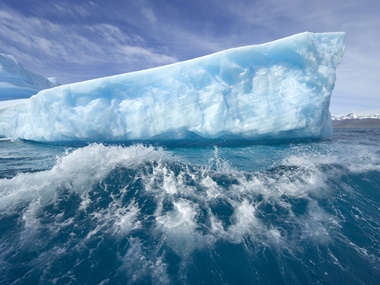 People love freedom and choice, but they don’t understand it. Could we be heading for a disaster of Titanic proportions? And who is to blame if people lose all their money? Sara Benwell explores

Drawdown will not be the right option everybody. No matter how popular the idea of freedom may be with members, the fact is that until a lower-cost institutional-type drawdown product exists, the high cost, high risk world of drawdown is inappropriate for many savers.

And even when lower-cost products do exist, assuming that innovation on the provider side happens, there are still huge swathes of the population for whom drawdown isn’t the best route.

People who don’t own their own homes, people who are going to live a really long time or people who have regular outgoings (for instance care home provision) might all be better off with an annuity.

That’s all fine – there’s nothing fundamentally wrong with the concept of an annuity – if we can convince people to buy them.

But we can’t convince people to buy them. The problems with annuities are well-documented: people perceive them as poor value, they’re worried about what will happen if they die early and they really, really don’t trust them.

Even more worrying, people fundamentally misunderstand what a drawdown product is and what it should be used for.

Recent research by the PLSA showed that 70% of people close to retirement want to use income drawdown but 53% of them thought that it would provide a guaranteed income and 23% thought it had no risk.

Basically – these people seem to think drawdown is an annuity with freedom built in at no extra risk.

And there is a great deal of risk with drawdown. That’s not to say it can’t be rewarded, but only if members know what they are doing.

Andrew Pennie, marketing director at Intelligent Pensions explained: “We are starting to read news headlines about ‘market turmoil ruining my drawdown plan’. Quite simply, it looks like there are many people planning to use drawdown who probably shouldn’t be.

This can be irreversible and very expensive”

“Even people rightly in drawdown may have invested inappropriately in a way that doesn’t reflect their capacity for loss. It is very easy to make a mistake with pension drawdown and this can be irreversible and very expensive – many retirees are evidently now learning this the hard way!”

The concern for schemes is what people will do if they lose all their money. The natural thing is to look for someone to blame.

Pennie continued: “As people make mistakes, lose money and jeopardise their financial futures they will instinctively be quick to apportion blame and seek financial redress. If they took regulated advice they can make a claim against the firm that provided the advice. But without regulatory protection where will they turn?

“Could they accuse their previous pension scheme (or their employer) of failing to explain the pension options or provide guidance on appropriate investment options? Could they blame the drawdown product provider for ‘investment suggestions’ or examples that aren’t appropriate? Will people turn to Pension Wise and claim they didn’t adequately explain the risks?”

The problem is that people are stumbling unwittingly into products that they don’t understand. And there are few regulatory protections in place for people who make the wrong decisions.

They’re about to hit the iceberg and there are no lifeboats to be seen.

The industry is taking a fresh look at defaults to help people going into drawdown, and in many cases trying to find ways to either offer the product in-house or point people to a preferred provider.

It’s great for promoting freedoms, but when people don’t understand that there’s a natural trade-off between security and choice, it could spell problems further down the line.

Clearly what is needed is more education. Or even better – advice. Without that, it’s hard to see how we can protect members or indeed the schemes that look after them. 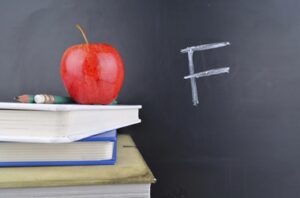 Next post Why the latest SORP deserves an F for Failure