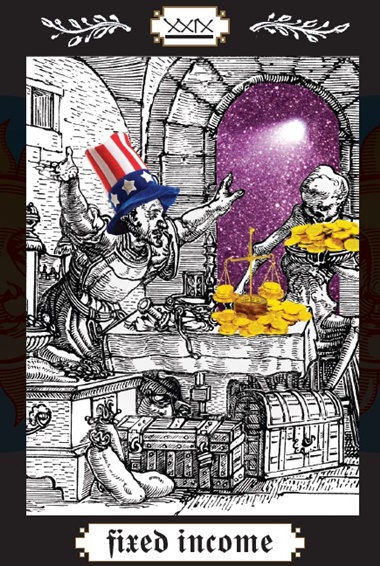 BAE Systems, the British defence giant, stopped paying 1,200 staff across the pond as the US government shutdown meant that they weren’t allowed into work.

The temporary closure of the Federal government also led to security behemoth G4S and outsourcing group Serco sending hundreds of staff home. Then grenade and bomb detector producer Chemring warned that the October budget showdown between President Barack Obama and the Republicans would hit the FTSE 250 group’s profitability this year.

The Federal Reserve had already surprised the market by not reducing – or ‘tapering’ – its quantitative easing programme, but kept monthly bond purchases at $85bn a month as the central bank continued to worry about the US economy.

Finally, Angela Merkel’s failure to secure an overall general election majority sparked fears that with a coalition government Germany turn could Leftwards on issues such as tax and the minimum wage. Others think Merkel is now powerful enough to push through even more austere reforms that could damage Europe.

This was an autumn full of events that should have spooked pension funds from investing in equities. But the financial crisis has challenged such orthodoxies, and equities continued their 2013 rush: on New Year’s Eve, the FTSE 100 closed just below 5900 points but had reached 6460 as last month’s shutdown began.

Within a week of the end of that mid-October US political battle the blue chip index had nearly hit 6700. What’s more, over half of respondents to Pension Insight’s investor sentiment survey said that they expect the global and UK economies to at least make a moderate recovery in 2014.

“It’s fascinating, isn’t it?” chuckles Andrew Parry, chief executive at European equities boutique Hermes Sourcecap. “A conversation at the beginning of the year would have been about a eurozone crisis and how the UK economy could enter a triple-dip recession, yet nine months later the world is a different place, despite not as much having really changed as equities headlines would suggest.”

Within our mandate, the European Central Bank is ready to do whatever it takes to preserve the euro. And believe me, it will be enough

Parry reckons that the change in market mood goes back to when European Central Bank president Mario Draghi told a forum of business leaders in London ahead of the 2012 Olympics: “Within our mandate, the European Central Bank is ready to do whatever it takes to preserve the euro. And believe me, it will be enough.”

Those two sentences, says Parry, were what the markets were “crying out for – leadership”. Legal & General Investment Management global equity strategist Lars Kreckel agrees that Draghi’s comments were the catalyst for calming the markets. His assumption is that the global economy will “start to look a little bit better” over the next three to six months.

An almost certain recession was averted with hours to spare

Companies generally, he argues, will show reasonable earnings-per-share growth of around “high single-digit, low doubledigit” percentages, making their shares a solid investment for pension funds. The US shutdown did not unsettle investors, Kreckel explains, because they have become used to the machinations of Capitol Hill. US politicians took negotiations on the ‘fiscal cliff’ – when a double whammy of tax rises and spending cuts were due to be introduced – down to the wire at the start of the year.

An almost certain recession was averted with hours to spare, so Kreckel says that there was an expectation that the situation would reach a compromise this time around as well. “Clearly, the market was quite relaxed about it, they looked at how things had played out historically,” he argues.

Though that may be the case, Jeffrey Cleveland, senior economist at Payden & Rygel Investment Management, warns: “The market’s incredibly sanguine, but the [agreement] has just kicked the can down the road. The political parties are further apart than people think. The trouble with investors is that they look at everything through a financial lens, so that the market has got ahead of itself – that everyone on Capitol Hill is cool, calm and rational: putting common sense on a politician is always a danger.”

Most Republicans, he adds, have voted against Obama’s public healthcare reforms more than 40 times. So, they might have agreed to lift the debt ceiling to let government start working again, but that’s only enough to pay public workers until 15 January, meaning another stand-off is surely imminent.

Investors with an appetite for a little risk, argues Rudden, should be “tilting towards equities”

As a result, investors might be overconfident that the political situation will be resolved. Equities could still fall as calms turn to storms and if the US should ever default on its debts, the world economy would descend into chaos. Taking the risk that there is some common sense left in US politics, European equities could well be attractive. Unlike US stocks, which have gained so much off the White House’s stimulus programme, “valuations have taken longer to recover” in Europe, according to Patrick Rudden, a portfolio manager at asset manager AllianceBernstein.

Investors with an appetite for a little risk, argues Rudden, should be “tilting towards equities”, rather than 10-year government bonds that remained as low as 1.77% for Germany and 2.61% for the UK in late October.

By their nature, equities can be fleeting opportunities. Tim Giles, a partner in Aon Hewitt’s global investment consulting practice, wants “clients to give managers more unconstrained briefs so that they can adapt quickly” and take advantage of cheap shares.

However, Giles insists that bond yields “will go up”, and that most pension schemes are “now on a path to de-risking” as they look to match assets with their liabilities. Equities might be popular right now, but defined benefit schemes are reaching maturity and managers burned by the crisis will ultimately seek the security of the bond markets.

Perhaps there will be more emphasis on employment, which could mean lower interest rates in the US than people anticipate

Indeed, at the start of the year, those German and UK bonds were yielding 1.45% and 2% respectively, suggesting that there are at least signs that the safest bonds will soon start rewarding investors, however marginally. Peter Martin, JLT Employee Benefits’ director, points to Obama’s decision in October to make dovish Janet Yellen the next chief of the Fed: “Perhaps there will be more emphasis on employment, which could mean lower interest rates in the US than people anticipate.”

Martin advises pension funds to look at senior secured loans and absolute return bonds, as they will “protect capital value” at a time when critics argue that Yellen will not focus enough on inflation wiping out low-yielding investments. These types of investments should, Martin believes, offer a return of about 5-6%, which could be a “tactical move for five to six years”. Of course, pension funds could simply loom away from these traditional economies and eye-up China.

Growth might have stalled this year, but the figure is still around the 7% mark. “China has a way to go to catch up with the quality of life of developed markets,” says Liad Meidar, managing partner at independent adviser Gatemore Capital Management.

“But they’re on their way and can more than absorb their regional problems – China is so huge. Retail sales, for example, are growing at 13% a year.” If equities or politicians on either side of the Atlantic fail, or bonds remain stubbornly low, pension funds still have an extraordinary opportunity to the east.

It might well be better to rely on China’s economic fundamentals than the sanity of those that work out of Capitol Hill, Brussels or Westminster. Next post Do pensions really need more competition with houses?

Investment sentiment 2014: The future is here

The search for true diversity