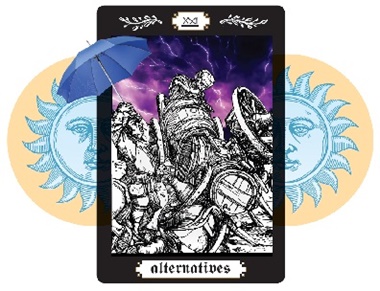 Often explained as ‘not putting all your eggs in one basket’, for most investors a diversified portfolio is the holy grail, says Sam Brodbeck

For pension funds, with their uniquely long lifespans, ensuring assets are protected as much as possible is essential. Since the financial crisis, investment experts’ view of diversification has changed. Despite the emergence of asset classes that appear to have little correlation with equities and bonds, such as insurance linked securities (ILS), the feeling is that a truly diversifi ed portfolio is impossible.

“People are kidding themselves if they think that holy grail exists,” says Nick Lyster, chief executive of Principal Global Investors.

However, he concedes, there are things pension funds can do to better protect themselves when markets are next hit. In addition, the growth of defined contribution pensions makes the issue all the more urgent. While defined benefit funds were sent reeling by the revelation that their assets were not nearly as uncorrelated as they thought during the crisis, there is at least time to boost assets before pensions need to be paid.

But DC savers have no guarantees and, if they are unlucky, no time to recover losses. If the industry is to be successful in convincing a sceptical public that pensions are the best way to generate retirement income, constructing funds that deliver growth while also protecting pot size in the bad times is key.

The change in the pension industry’s investment aims is encapsulated by survey findings that show DB pension funds around the world are increasingly abandoning traditional investments and strategies. Over the past four years DB schemes have turned to indexed tracker funds (a 21%increase since 2009); high-yield bonds (+13%); emerging market equities (+12%); and real estate (+7%), according to the survey from Create-Research and commissioned by Principal Global Investors.

DB funds’ huge deficits have forced an evolution in investment strategy and three broad options to cut funding shortfalls have emerged, according to the report’s authors. First, schemes can pursue higher returns through investing in higher risk assets (though this seems to be the preserve of public sector funds).

The second option uses smart beta strategies as a cheap halfway house between active and passive investment management. Finally, schemes have adopted liability driven investment (LDI) plans to hedge away unrewarded risk. Another of the most persistent investment trends of the past few years has been the growth of so-called ‘alternatives’.

The £26bn RBS scheme this year moved £500m from equities into alternatives such as reinsurance, forestry, utilities and infrastructure

While the term was originally used to differentiate from listed stocks and bonds, it now covers an extremely wide sweep of investments. One of the UK’s biggest funds – the Universities Superannuation Scheme (USS) – has been steadily boosting its allocation to alternatives over the past few years.

Its most recent annual report, published at the end of October, shows 19% of the £39bn fund’s assets were now deemed alternative, up from 17% in a year. Likewise, the £26bn RBS scheme this year moved £500m from equities into alternatives such as reinsurance, forestry, utilities and infrastructure.

The scheme does not include hedge fund investment (worth £520m) or real estate (£980m) within alternatives, highlighting how broad or narrow definitions can be. RBS’s trustees handed reinsurance sector fund manager Nephila Capital £180m in new capital to add to £80m already under management.

Investing in reinsurance, essentially insurance for insurers, has drummed up a lot of interest over the past 12 months both for its easy-to understand diversification benefits and seemingly endless supply. The October launch of asset manager Schroders’ first foray into insurance-linked securities (ILS) signals that the asset class, whose most famous product is the catastrophe bond, has well and truly arrived.

ILS is the transfer of insurance risk to capital markets, explains Christophe Fritsch, head of ILS at AXA Investment Managers, of which cat bonds are just a small part. These cover all types of natural disaster – such as US hurricanes, Asian earthquakes or European windstorms.

As in infrastructure you can invest at any level, such as mezzanine and subordinated

Paul Kitson, partner at PwC, compares the asset class with investing in infrastructure. “As in infrastructure you can invest at any level, such as mezzanine and subordinated,” he says, “and, again like infrastructure, investment is likely to be via a fund.” One of the many lessons learned by pension funds during the financial crisis was that assets were moving in line with each other more than they had originally thought.

It has been assumed, for instance, that emerging markets were not particularly correlated to Western economies, yet these plunged too. Returns from ILS, however, should be a great deal less correlated as natural disasters and plane crashes do not follow economic cycles.

Of course, it must be remembered that some disasters – think Hurricane Sandy closing the New York Stock Exchange or the Japan tsunami – have a direct impact on markets, increasing correlation. AXA itself offers two funds, one targeting Libor +5% and the other Libor +10%. “Our job,” says Fritsch, “is to assess the risk of investors losing their money – we don’t really focus on rating agencies.”

But the market is extremely immature. The demand for natural catastrophe reinsurance tops $300bn a year, while the cat bond market is just $18bn. Fritsch’s main clients are pension funds (mainly in the Nordic countries, Switzerland, France and the UK) as well as life insurance companies and family offices.

He says the cat bond market should grow in line with reinsurance as a whole and predicts it could be worth $50bn in five years as countries such as China become more financially developed and open. Yet not everyone is sold on the idea. John Nelson, chairman of historic insurance market Lloyd’s of London, warned a City audience that institutions entering insurance for the first time could undermine stability.

“We all vividly remember the systemic problems that arose in the banking industry,” he said, “where capital became detached from the underlying transaction of risk… the insurance industry must avoid these traps.” While Nelson’s comments could be considered as protectionism from someone whose job is to maintain the dominance of traditional insurance broking, others share his concerns.

David Clare, an investment partner at Barnett Waddingham, thinks “cat bonds have tech stocks [the shares responsible for a bubble at the start of the 2000s] written all over them”.

NO BUBBLE, NO TROUBLE

But Julian Adams, deputy chief executive of the Bank of England’s Prudential Regulation Authority, has played down the risks of a bubble. He said: “Some of these alternative structures have been a feature of the market for almost 20 years… it’s important not to overstate these developments”.

There is a not a big risk of a bubble

AXA’s Fritsch agrees. “There is a not a big risk of a bubble,” he says, reiterating his point that cat bonds are a small part of the ILS universe. If the market does get overvalued “we will focus more in private transactions if necessary”, he adds. Private transactions, another type of insurance linked security, are collateralised reinsurance contracts, covering risks such as plane crashes or extreme mortality, written between the parties as and when the need arises, rather than issued like cat bonds.

But Fritsch is concerned that only sophisticated investors, and certainly not retail investors, enter the market because when an insurance event is triggered it takes time before investors would know what their losses were. Essentially, in a crisis there would be a lack of liquidity.

Pension funds, on the other hand, are well placed to extract the premium that illiquidity should bring. But PwC’s Paul Kitson notes that many DB schemes are on irreversible de-risking journeys that possibly excludes them from investing assets that are too illiquid.

Kitson does see a role for the asset class within defined contribution schemes, probably through diversified growth funds (DGFs

Another potential break on pension fund involvement is that demand for specific reinsurance could dry up, just as has been predicted for the longevity swap market. However, Kitson does see a role for the asset class within defined contribution schemes, probably through diversified growth funds (DGFs).

As the DC market grows, and schemes and savers demand steady growth and low volatility, there seems no reason why insurance linked securities can’t lend a hand. The latest deficit figures from actuaries Hymans Robertson make for cheerful reading. Funding deficits, as measured by international accounting standards IAS19, in the FTSE350 are at their lowest for five years, halving to £58bn in the year to July. Rising long-term bond yields and resilient stock markets have boosted schemes’ assets while cutting liabilities over the past year.

However, it will not take much to reverse that trend. Charlotte Thorne, co-CIO of multi-family office Cap, says that three-quarters of the portfolios she looks at are overexposed to one asset class or another. Pension funds must make sure their investment gains are not wiped out next time markets take a tumble. In these volatile times, you can be sure that there’s one on the way.

Next post Diversified growth funds have seen a surge in popularity – but do they live up to the hype?

Fears at the Fed

Investment sentiment 2014: The future is here